So it’s been awhile since I’ve blogged. Many changes have gone on in my life over the course of the past couple of months. A new job, big promotion, more responsibility, and most importantly, being the organizer of the fastest growing meetup group in all of Portland. It’s because of this fact that my energies have been far away from the site and focused more on things that are outside of cyber space. However, I do enjoy comprising a “most anticipated” list each season as people I’ve known both in the past, and present, have always enjoyed my lists season to season. I hope this list finds many of you who are still interested in movies that are coming out that in some cases, are either highly advertised for, or, in the case of some others, wouldn’t get the recognition if it weren’t for somebody like me to start spreading the word about. So, at the risk of going on and on and being too verbose – here are the top 10 most anticipated films of the 2015-2016 Winter season (in no particular order other than by date of release):

The film is set some years after the Civil War in Wyoming, and revolves around eight strangers who seek refuge in a stagecoach stopover on a mountain pass during a blizzard.

The film’s development was announced by Tarantino in November 2013. However, after the script was leaked in January 2014, Tarantino decided to cancel the movie and publish the script as a novel instead. After directing a live read of the leaked script at the United Artists Theater in Los Angeles, Tarantino said that he had changed his mind and was going to film The Hateful Eight.

The film is set for a December 25, 2015 roadshow release in select theaters on a 70 mm film format and releases wide in digital release nationwide on January 8th, 2015.

Carol is a romantic drama film directed by Todd Haynes, with a screenplay by Phyllis Nagy based on the novel The Price of Salt (also known as Carol) by Patricia Highsmith. The film stars Cate Blanchett, Rooney Mara, Sarah Paulson and Kyle Chandler. Set in 1952 in New York City, the film tells the story of a young aspiring photographer and her relationship with an older, married woman.

The film was selected to compete for the Palme d’Or at the 2015 Cannes Film Festival, where Mara tied for the Best Actress award.

“Carol” has already opened in first tier markets. It is currently slated for a December 25th release date here in Portland.

3. “The Revenant” (Dir: Alejandro G. Innaritu) (“Amores Perros”, “21 Grams”, “Babel”, “Biutiful”, “Birdman”) Trailer: https://www.youtube.com/watch?v=LoebZZ8K5N0
The Revenant is an upcoming 2015 American biographical western thriller drama film directed by Alejandro G. Iñárritu. The screenplay by Mark L. Smith and Iñárritu is based on Michael Punke’s 2002 novel of the same name, which was inspired by the life of frontiersman Hugh Glass. The film stars Leonardo DiCaprio, Tom Hardy, Will Poulter, and Domhnall Gleeson.
The film will have a limited release on December 25, 2015, followed by a wide release on January 8, 2016.

4. “Anomalisa” (Dir: Charlie Kuafman) (“Being John Malkovich”, “Adapatation”, “Enternal Sunshine of the Spotless Mind”, “Synechdoche, NY”) Trailer: https://www.youtube.com/watch?v=DT6QJaS2a-U
Anomalisa is a 2015 American stop-motion adult animated comedy-drama film directed by Charlie Kaufman and Duke Johnson, and written by Kaufman based on his own eponymous play (released under the pseudonym Francis Fregoli). The film stars the voices of David Thewlis, Jennifer Jason Leigh and Tom Noonan. It won the Grand Jury Prize at the 72nd Venice International Film Festival, after premiering at the Telluride Film Festival on September 4, 2015.[1] The film is scheduled to be released on December 30, 2015 by Paramount Pictures and arrives in Portland on January 16th. 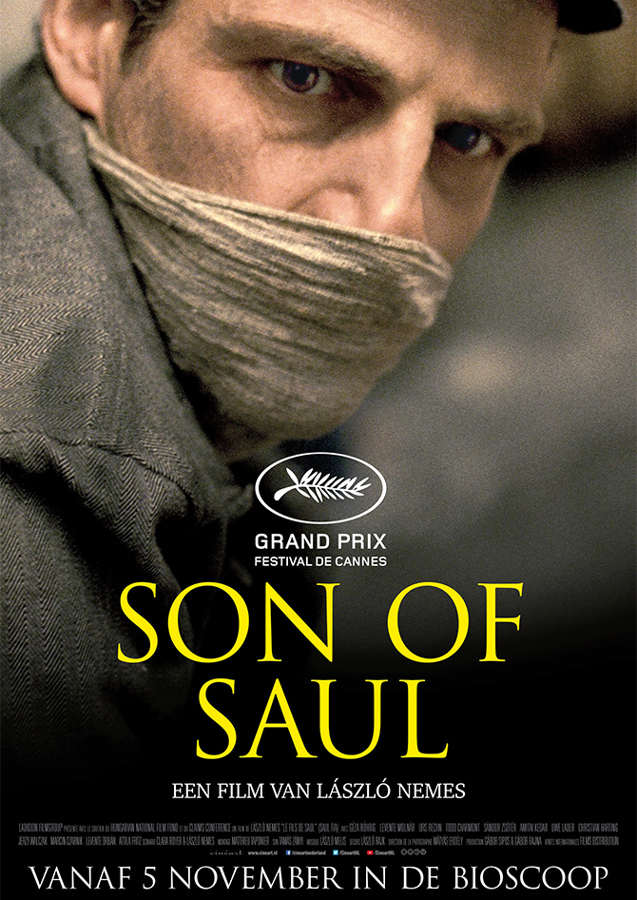 5. “Son of Saul” (Dir: Laszlo Lemes) Trailer: https://www.youtube.com/watch?v=I6MJZnDV27U
Son of Saul (Hungarian: Saul fia) is a 2015 Hungarian drama film directed by László Nemes and co-written by Nemes and Clara Royer. The film premiered at the 2015 Cannes Film Festival,[3][4] where it won the Grand Prix.[5] It has also been selected to be shown in the Special Presentations section of the 2015 Toronto International Film Festival.
The film is currently playing in limited release and has a Portland release date of January 31st.
6. “Hail, Caesar !” (Dirs: The Coen Brothers – far too many films to name)
Trailer: https://www.youtube.com/watch?v=kMqeoW3XRa0
Hail, Caesar! is an upcoming comedy film written, produced, edited, and directed by Joel and Ethan Coen. Starring Josh Brolin, George Clooney, Jonah Hill, Scarlett Johansson, Tilda Swinton, Channing Tatum, and Ralph Fiennes, the film follows Eddie Mannix (Brolin), a “fixer” working in the Hollywood film industry in the 1950s, trying to discover what happened to a cast member who vanishes during filming.
The film opens nationwide on February 5th, 2016.

7. “The Witch” (Dir: Robert Eggers) Trailer: https://www.youtube.com/watch?v=iQXmlf3Sefg
The Witch (stylized as The VVitch) is a 2015 American horror film directed by Robert Eggers. The plot follows a Puritan family encountering forces of evil in the woods beyond their New England farm. It won the Directing Award in the U.S. Dramatic category at the 2015 Sundance Film Festival. The film is scheduled to be released on February 26th, 2016, by A24 Films. 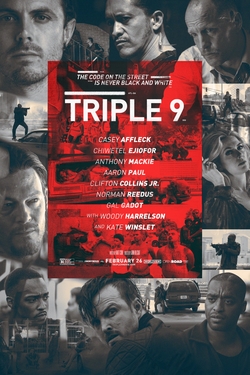 Knight of Cups is a 2015 American romantic fantasy drama film written and directed by Terrence Malick and produced by Nicolas Gonda and Sarah Green.[2] The film premiered in the main competition section at the 65th Berlin International Film Festival on February 8, 2015.

The film is scheduled to be released on March 4, 2016, in the United States by Broad Green Pictures.